A good video explaining what we mean when we say "Presence" in 3dVR...
https://www.youtube.com/watch?v=fVb1Bm_vUeA
Posted by Jim at 4:39 AM No comments:

So what's all this 3d nonsense I'm on about and why am I so obsessed with it? 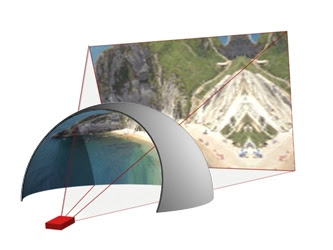 The original IMAX screens were domes.
The idea is to fill your "Field of view" so you see nothing but the screen. Nothing in your periphery... just screen.

I saw this once in Las Vegas, it's pretty awesome.
Now "IMAX" just means "Huge screen".
The goal is the same though... fill your eyes with screen.


BUT (there's always a but)
You can't turn your head.

You're watching a video. You look where the video camera looks. That's what made the IMAX domes neat.. you could look around a little.

Well.
Now you can turn your head.
Computers have gotten powerful enough to be able to generate 3d environments that are extremely convincing....

3D
Since the computer can send different images to each eye, you get "sterioscopic" 3d.... aka, real 3d.
This is how your eyes work, so the effect is pretty compelling. If you're standing in a large room, it looks large. If you're right next to a car, you feel like you can reach out and touch it... you can tell how far away from you it is. This is the real deal.


So what?
The whole idea is that "you're there" feeling.
With sterioscopic 3d and "head tracking" (being able to turn your head), you get to be "in" the game.


One of the most frustrating things with flying any flight simulator is not being able to turn your head. Now you can... and it is glorious.

For now, because the home made goggles don't take up your full field of view, the illusion is not as compelling. That's what the Oculus is all about.

Seeing is believing.
I gotta tell ya, the results are no less than stunning. But it all sounds like "fanboy" stuff till you see it. Then you "get it". It might not even be your thing, but if it is, then it's the biggest change in computers in a long time, especially gaming.

How To
Ok, for anyone looking to see this 3d stuff in person... it's supremely easy to do and does not require disassembling anything or installing anything "funky". It only takes a few hours of cutting and gluing some cardboard and about $7 for the lenses.

In a nut shell... you build a holder/mask for your phone. These are the 3d "goggles".
You install an App from the AppStore (iPhone) or Google Play (Android) and you're done.
This stuff works out of the box.
[Instructions Here]

If you don't feel adventurous with cardboard, you can even buy commercial ones. They'll cost you around $80 and take about 2 weeks to arrive (they're made in Germany)


So what can you do? 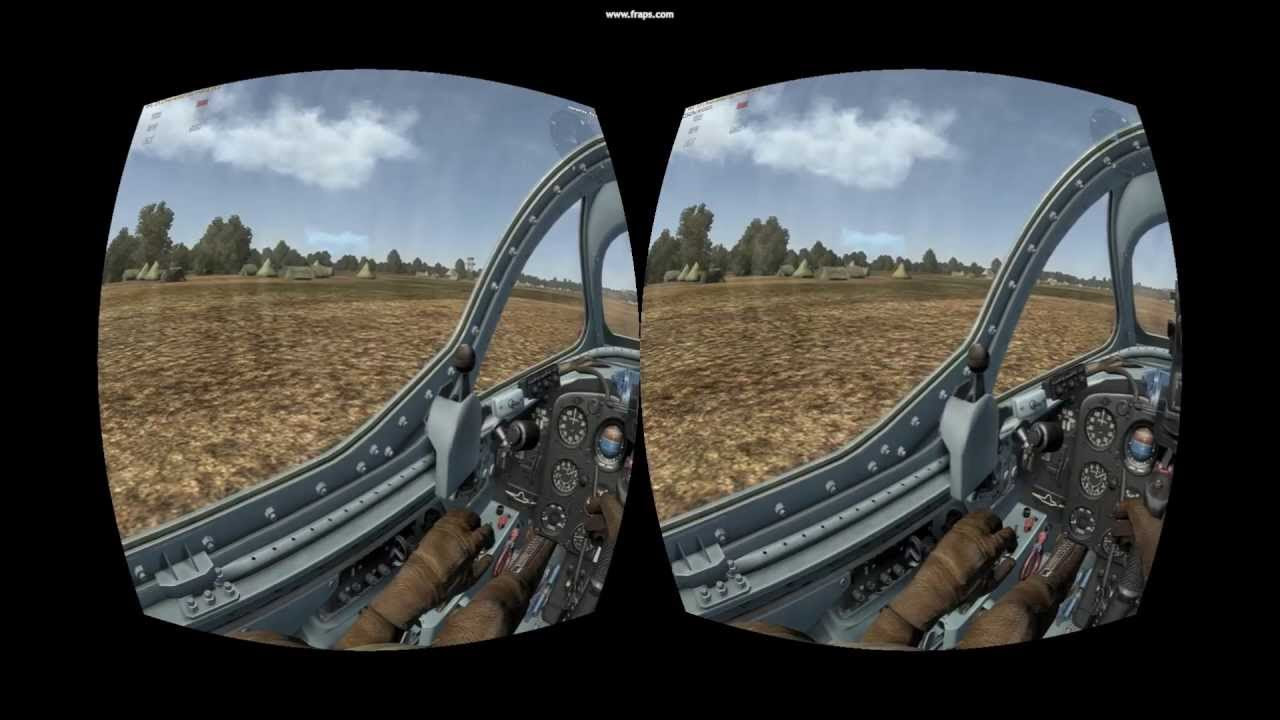 Youtube
With just the goggles, you can head over to YouTube and check out what the big systems can do. This is because people are posting up videos of Oculus style side by side video.

Load up the video on your phone and slap it in the goggles and you can see what the games will look like (although with a lower FOV).
War Thunder and Arma3 look absolutely stunning.

Gaming on the phone

Head over to Dive Games and pick up some 3dvr games and demos that work right on your phone.
No fuss, no muss.
[Dive Games]

Pick up a SnakeByte controller and you can play some of the more interactive games.
[SnakeByte Controller]

Poor mans Oculus
For the very adventurous, you can output your computer display to the phone in the 3d goggles and play Oculus software. You won't get the full FOV or resolution, but you get everything else.

You use a free app called SplashTop to send the display and a $20 "Flying Keyboard" to do the head tracking (because your phone is only being used as a screen, it won't do the tracking)

Ok, one really simple question for ya....
Have you ever eaten 11 servings of bread and NOT woken up in a coma or 10 lbs heavier?

That's the equivalent of 3 slices of pizza, 2 sandwiches and a big bowl of pasta. And this is what the USDA would like you to eat... every day? And we wonder why the US has an obesity problem? 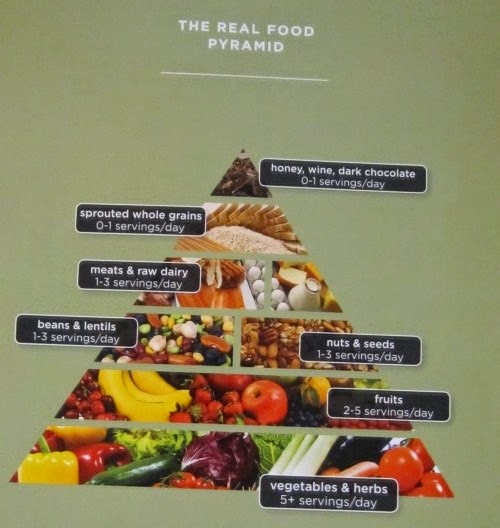 You can read more here (the first part is available for preview)
http://www.amazon.com/The-Real-Food-Diet-Cookbook-ebook/dp/B004XN04FQ/ref=tmm_kin_title_popover

The truth of course lies in the fact that Wheat (especially refined) is metabolized by your body as sugar.
So... as far as your body's concerned, bread is cake.
It's not "like" cake... it's the same damn thing.

Think about that for a second, then look at the world from the viewpoint of sugar as being addictive.
Things start making a whole lot more sense and it gets really obvious how hopelessly addicted we are.

Am I going cold turkey? Am I advocating that you do?
No.
I live in the real world too.
But it's a hell of a perspective and I've certainly greatly cut down on my sugar intake. 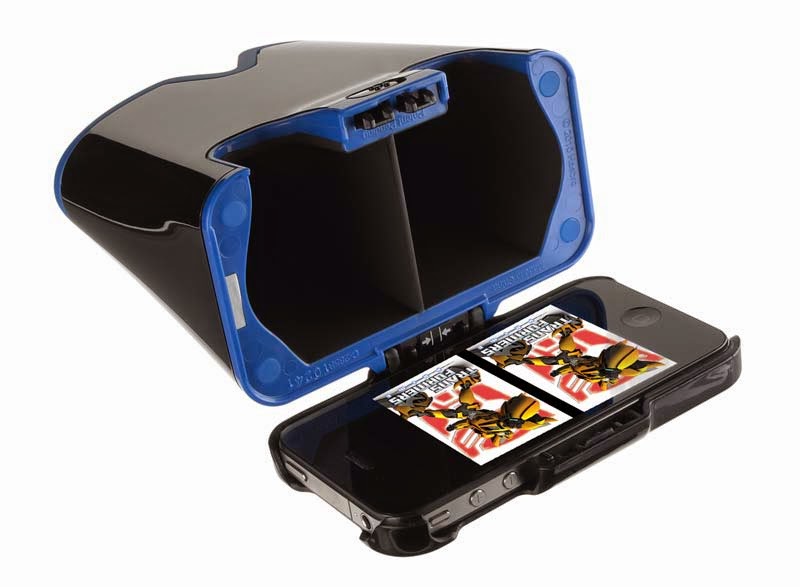 Ok, so here's where it all started.
The idea was to take one of these Hasbro 3d viewers and use it to like a poor man's version of the Oculus Rift. 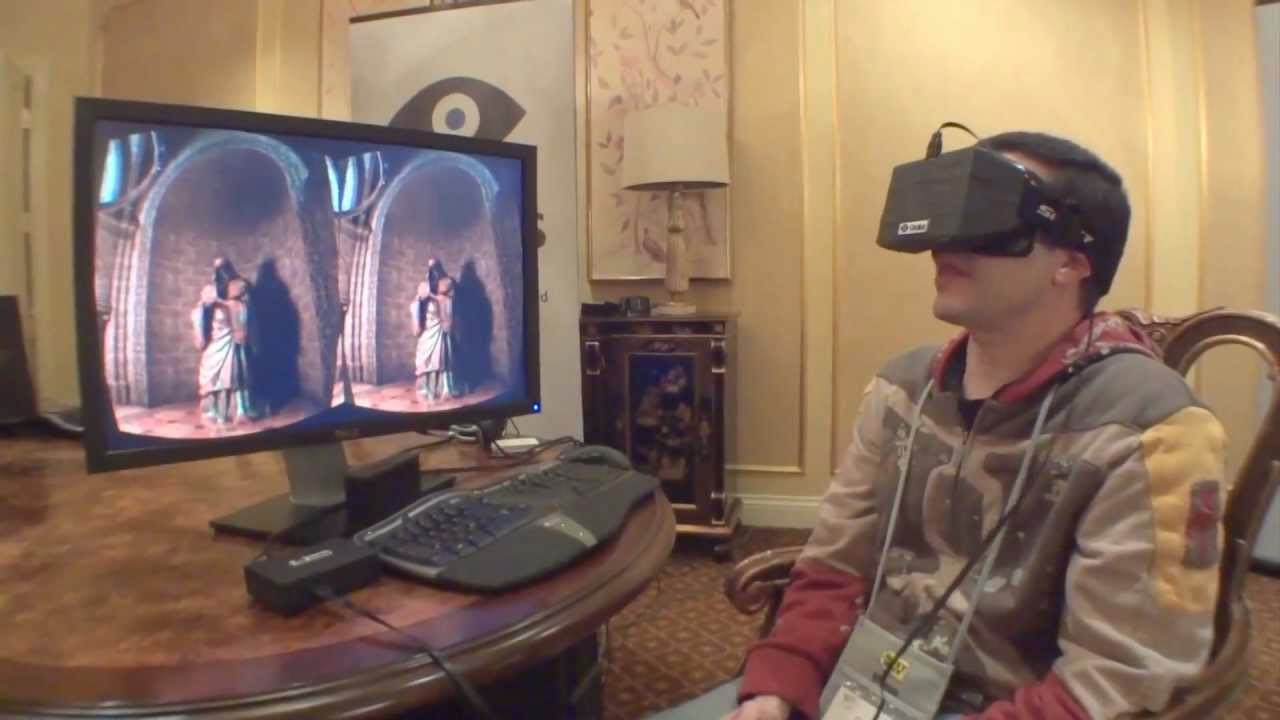 Why not just get a Rift?
Because you can't. All you can get right now are the development kits and the next one doesn't ship till July (at least). I've got one on order of course.

In the mean time, you can cobble together a lesser version of the oculus for a whopping $7.

If you just get the Hasbro Viewer, it all just works. No fiddling around.
Slap your phone in it... download the software and away you go.
http://www.durovis.com/getstarted.html

I suggest the rollercoaster game for starters.
The downside is that you have to hold the viewer. This gives you the idea of what's going on, but it's not the same as just looking around. For that, I strapped everything to the headstrap for a welding shield.... 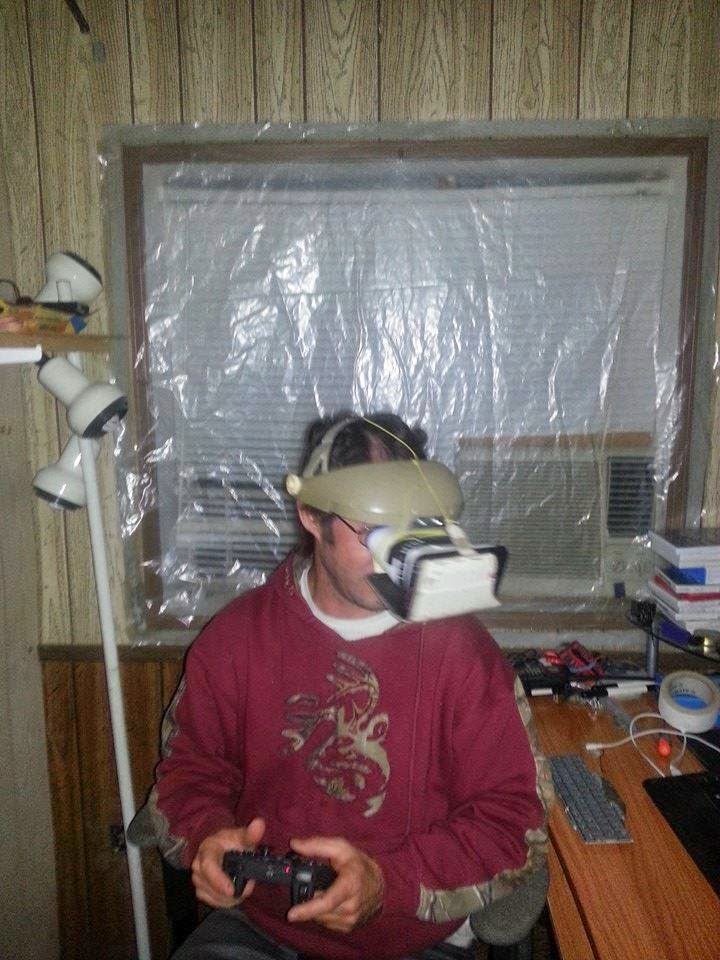 Well, that was fun and wonderful and extremely non-work-intensive. Proof of concept->done.
Time for refinements.

First thing's first.... ditch the headband and lose some weight. A big honkin cellphone hanging off a big case on your face is less than comfortable.

So, I disassembled the Hasbro Viewer. Lo and behold, they've got the focal length completely wrong. The thing's like twice as long as it needs to be! No wonder's everything's blurry as hell. Ok, cool... so shorter viewbox = less pressure on face. Good. I also ditched the extended battery on my phone and put the much lighter stock one back in.

I took a small box I had lying around and cut a few holes in it, added some velcro and dropped the lenses from the Hasbro Viewer in it. I took a GoPro headstrap and mounted it to that. Insto Presto, V2.... 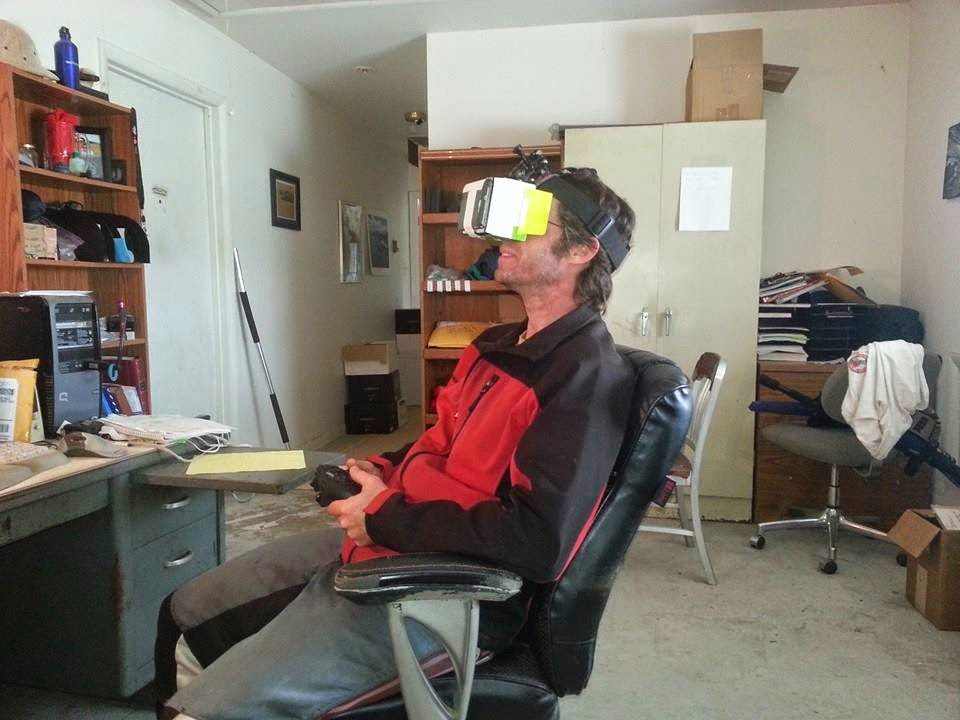 Now this one's usable.
It's not polished, but I can hand it to friends and they can use it, no fuss, no muss. 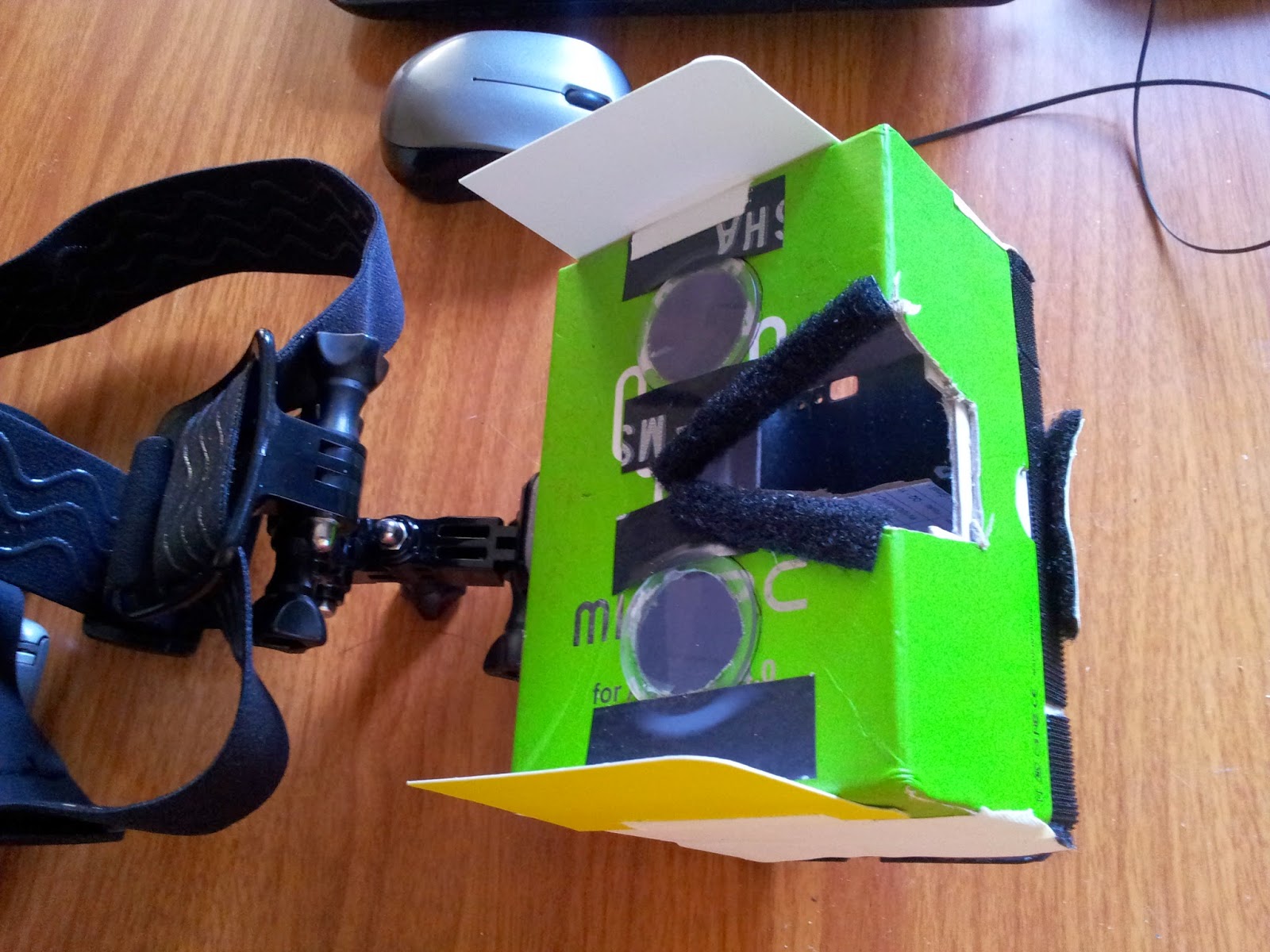 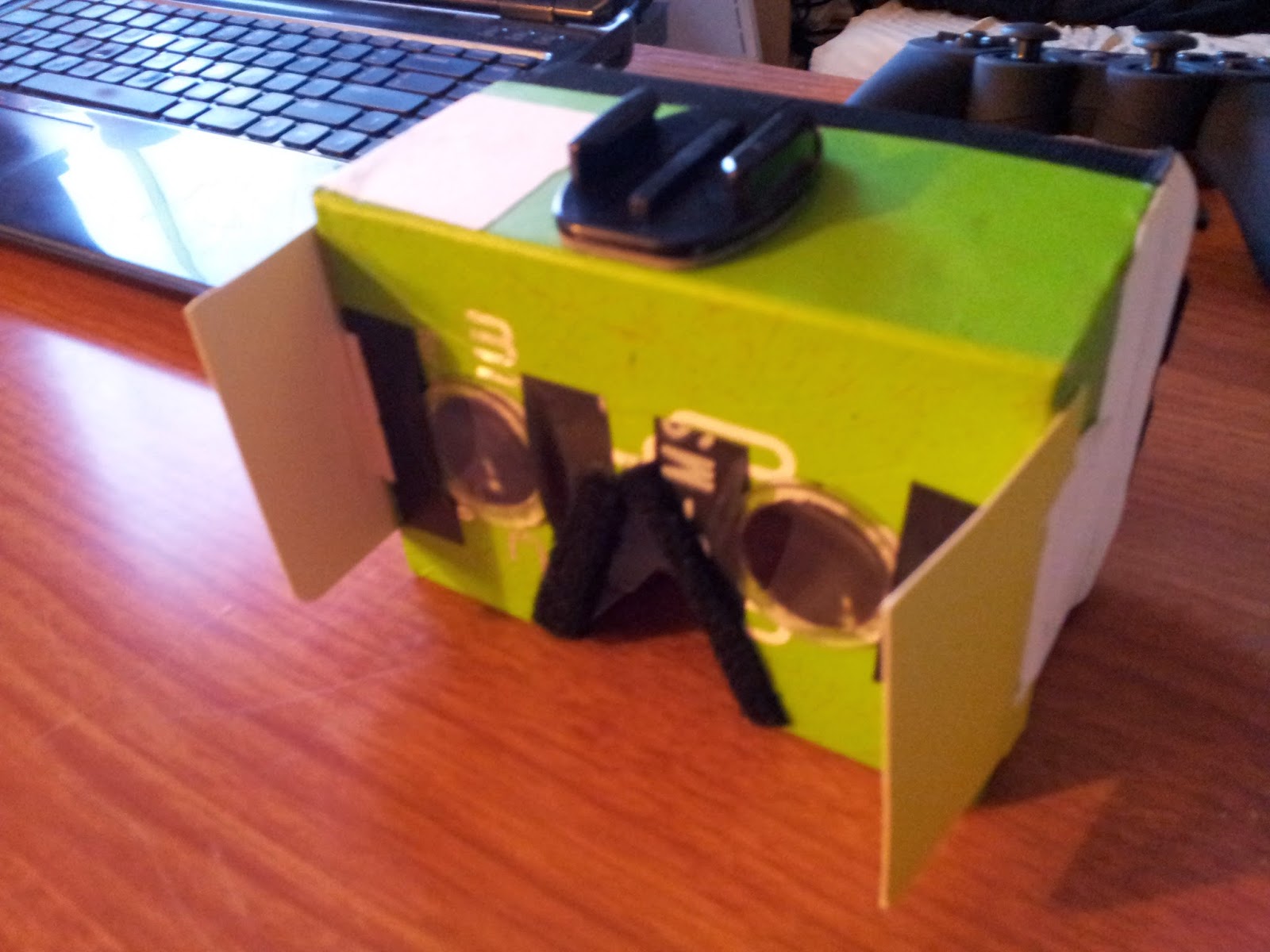 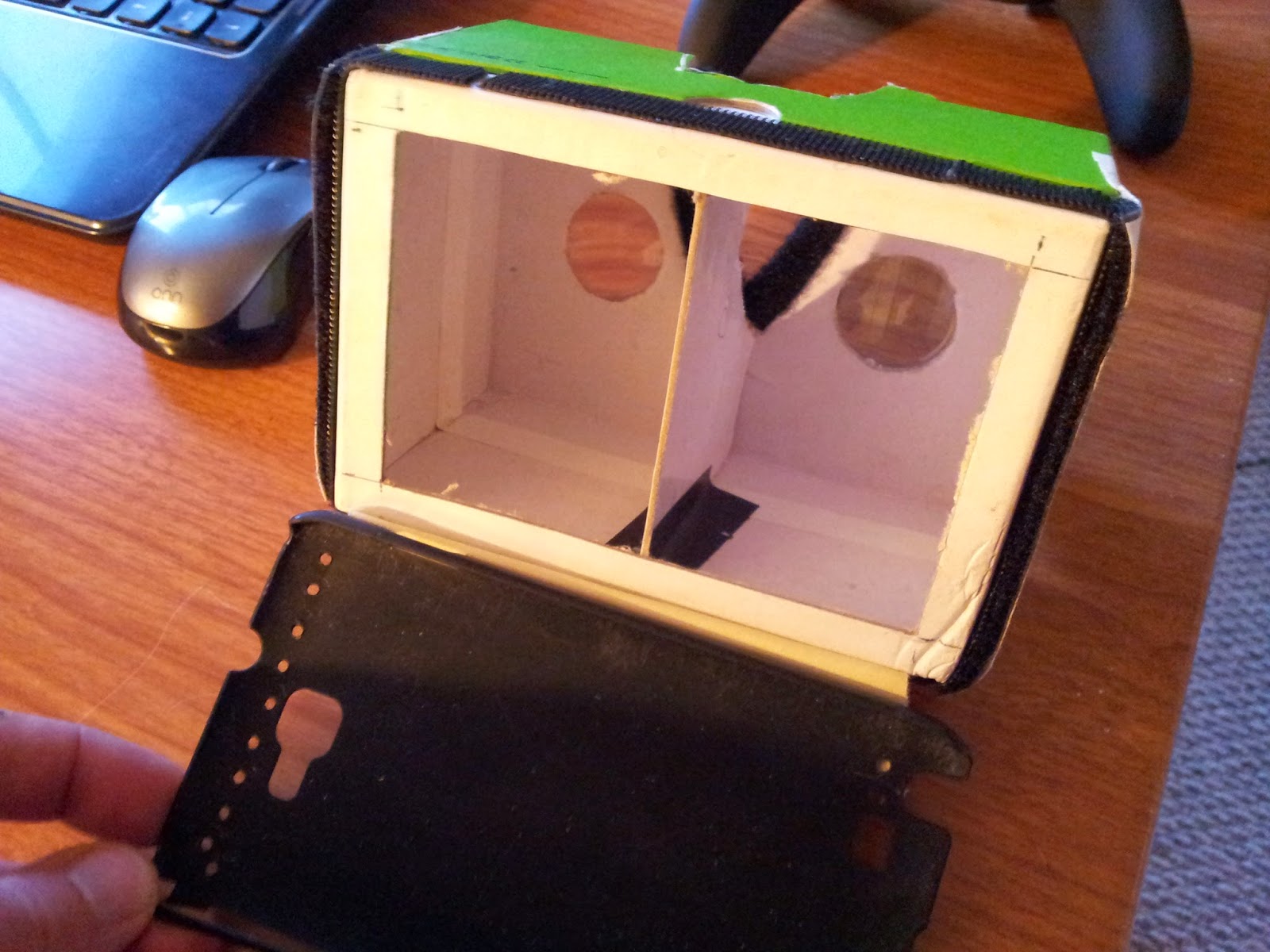 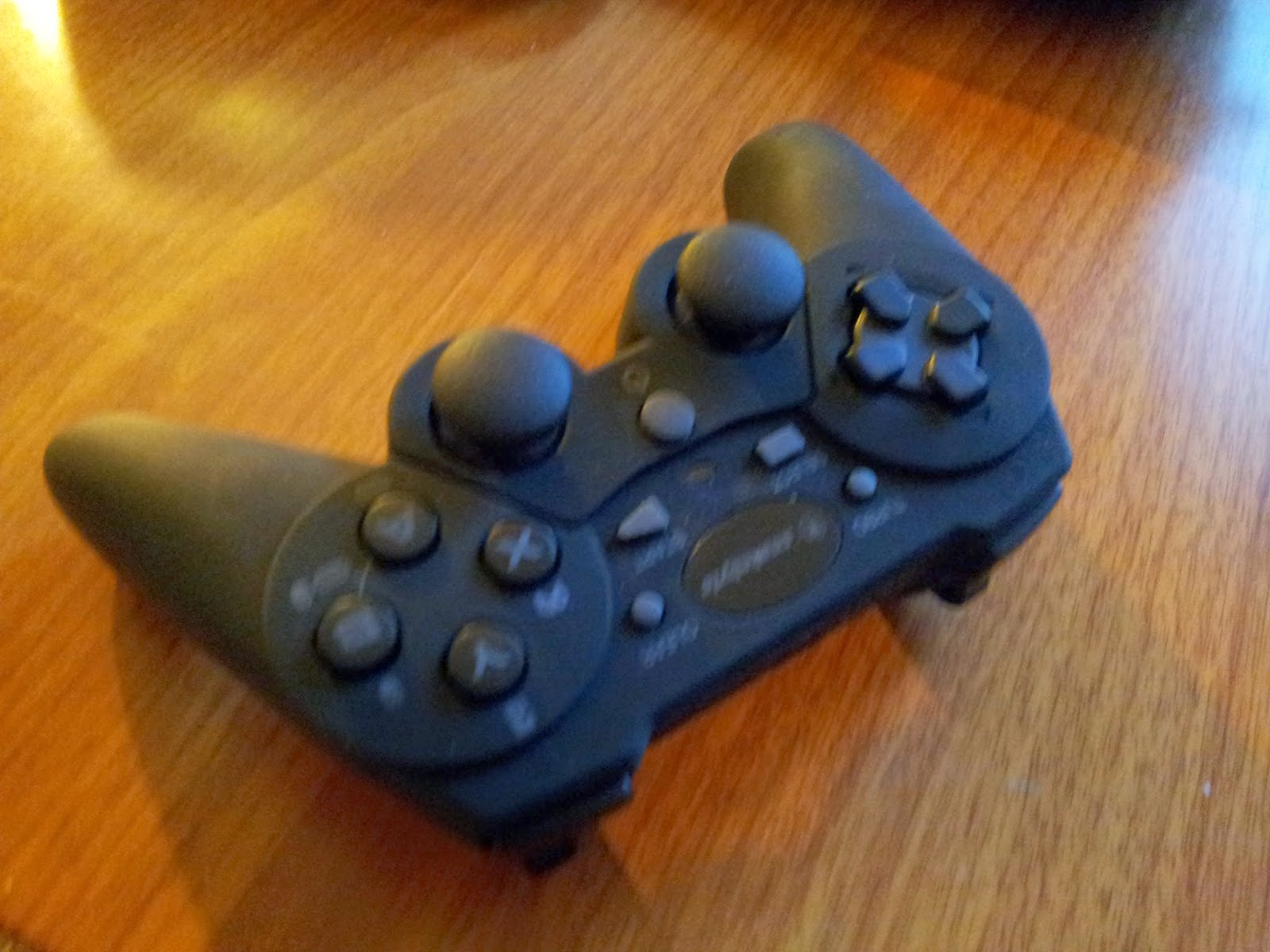 Next Steps?
Get it running Oculus Software
Better optics.

Ok, my 3d display thing is getting a bit long winded for FB, so I'm going to post it up here.

It's actually really simple and effective. I was expecting a much higher hill to climb.
If you want to see what I'm talking about and have $7 to throw at something neat, you can pick up this 3d viewer. I know, "Hasbro?"... but it works.
The focal length is off, but it doesn't need any tweaking to use.
http://www.amazon.com/gp/product/B004T7VIPG/ref=oh_details_o05_s00_i00?ie=UTF8&psc=1

Go Here and pick up a game (sorry, there's only 2 for iPhones)
http://www.divegames.com/games.html

This will give you an idea of what this stuff is all about.
You'll see first hand what I mean by "true 3d". It's not a gimick, it works.
The kicker though is the head tracking. It's not as intuitive when you have to hold the display, but you'll get the idea. I suggest a dark room as well since this has no blinders and light from the sides kinda wrecks the effect. Oh, and sit down. Preferably in a swivel chair, but standing can be problematic.

If that peaks your interest, it's not far to go to have a full headset. There's a commercial one that you can just buy and they're stupid-simple to make.

The stuff I'm going to do goes beyond this point, but even just having the display that works with a few games on a cellphone is pretty stinking impressive.

Beyond that, it gets interactive and that's where the real fun starts.
Jim
Posted by Jim at 8:02 AM No comments: