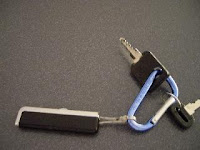 Karma was smiling on me today.
But let's step back a bit.

Omarama is a town a few hours North of here. It is the home of world class sailplaning. We also get to fly hang gliders there. It is absolutely mind blowing flying... some of the best in the world. I get out there every year and have loads of fun flying with friends. Well Tuesday was slated to be an Omarama trip. An added bonus was that a few old friends were in town for the trip. I was psyched :)

After a bit of fun local flying, I reached in my pocket to lend a friend the keys to my car... OH SHIT! Yeah, no keys. I instantly knew what had happened. I was messing around doing aerobatics and had my keys in my pocket. Dropping something in the air pretty much garauntees that you're never going to see it again. Dropping it from a couple thousand feet makes it a certainty. And that's exactly what I'd done. Bugger.

I called around and found out that a locksmith would be able to "remove the cylinder" and fix things. In addition to sounding very expensive, this didn't sound fast either since it was new years day. ARG!

On a very long shot, I called the previous owner of the car. He'd given me all the keys, but would "have a look" anyway. Oh yeah, I couldn't find my spare naturally.

Well, Tuesday morning rolls around and I'd given up on the trip... when my phone rings. He's found something that "looks like it might work". I wasn't getting my hopes up. I borrowed my flatmate's van and headed over. I picked up the key, but it indeed looked a bit different. I drove over to my car if for no other reason than to explain to the property owner that it was going to be there for a bit. I didn't even expect the key to fit in the lock... can I tell you how thrilled I was when it actually worked!

The Omarama trip was all I expected and more. I don't have a hang glider over here (just my paraglider) and the weather was very much hang gliding weather. Well I have very good friends. I had many people offering to loan me their gliders. We all had a great time.

When I got back to Queenstown, I still had an other day off. Some old friends are in town teaching paragliding, so I decided to help out. As a bonus, an other friend is in town and just hanging out with us. He flies hang gliders. Well, Lisa suggested that I teach him paragliding for the fun of it... woo hoo.

Well, we're half way through the day, setting up again for an other flight down the training hill when one of the other instructors (from an other school) asks "hey... did anyone lose some keys?"

You've got to be kidding me!!!!
From three thousand feet up, my keys landed on the training hill!
HAHAHAHAHAHAHAHAHAHAHAHA
I still can not believe it!
Posted by Jim at 12:04 AM